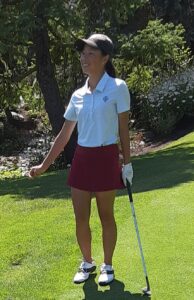 Recently we had an opportunity to sit down with Penny Baziuk, Jackie Hellard and Chelsea Truong to discuss their interesting relationship.  Chelsea, as most of you know, is an up and coming Junior in Zone 5.

About 3 years ago, Penny was introduced to Chelsea while she was taking putting instruction at Ardmore.   Impressed with her overall demeanor,  Penny tracked her down on Facbook and initiated a game.  To meet Chelsea, is a burst of sunshine.  At 14 years of age, she may have a young body (which we’d all die for), but the mind of someone many years her senior.  She is articulate, enthusiastic, not just for golf, but bubbles with personality and a positive attitude.  Initially her Father introduced her to a variety of sports; skating, swimming, tennis, basketball, and golf, to develop life and social skills, and discipline.  “Dad always made everything fun!  He’d follow each outing with a special treat such as a trip to the petting zoo or an ice cream cone.” Basketball was originally her favourite and played on the 2019 U13 Vancouver Island Girls Basketball Team and her coach has glowing remarks regarding her leadership qualities. 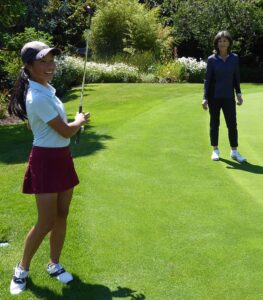 Penny saw the potential immediately and called her friend, Jackie Hellard, to take part in their weekly games, not realizing what a fun experience this would be and what they would learn from each other. 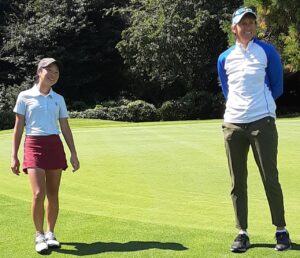 What Chelsea says:  From Penny she has learned the rules and etiquette of the game and the methodical aspects of the game.   From Jackie she has learned to “cut the corners” shortening the holes and playing aggressively.  What Penny & Jackie say:  Chelsea never gets down on herself, has no fear, a great positive attitude,  an unbelievable short game, and just a pleasure and fun person to be around.  In 3 years, her index has gone from 20 to 1.   How many players do you know that can boast that improvement?? 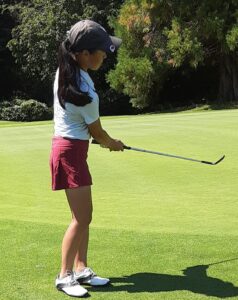 This Fall, Chelsea will enter grade 9, excelling in French Immersion (straight A’s in the last 5 years) and all other subjects and extracurricular activities.  While golf scholarships are a few years away, Chelsea will be working hard on her game to build up a strong resume.  Our hats are off to Penny Baziuk (CB), Jackie Hellard (VGC) and Sarah Bowder (UP), all Harris Erickson ladies, who are giving of their time to offer encouragement and answer questions, only to find they are learning a few things from this charming young player.  Chelsea is a member of both Victoria Golf Club and Uplands Golf Club and will be competing in August at the BC Juniors and Juveniles at Cowichan and the BC Amateur at Campbell River.   The future looks bright for Chelsea and we wish her great success.