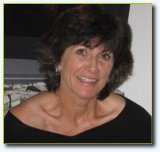 PENNY began her golfing career in the late 1980s as a method of meeting people during winter visits to Palm Desert with husband, Nelson. As a child, she enjoyed backyard golf even though the Ardmore Golf Course in Sidney, BC was a family operation. To this date (2010), Penny and family members still own the course. Penny credits her Mother with having the most influence on her game…she had the best chip and run shot with an 8 iron that I have ever seen. They played together at least once a week as well as playing together in team matches and against each other in club championships. While not an avid golfer, Nelson has helped improve my putting by just watching, using common sense and geometry!

Penny has been a mainstay of Zone 5 Championships, both Amateur and Senior. Since the Amateur Championships was changed to a 36 hole event, Penny has represented the Zone as a Team member 7 times in the last 9 years. In 2007, her first year of eligibility for Senior play, Penny made the BC Provincial Team on her home course of Cordova Bay and has represented her Zone as a Team member 3 times and is the 2010 Zone Senior Champion.

In addition to all her golfing accomplishments, some unknown facts are: Never played junior golf; first broke 100 carding an 81; used to play only pink balls, one day in Palm Desert, CA, a lady said to her “Honey, you are too good to be playin’ pink balls!”; another time at Cordova Bay in the Club Championship, announced on the tee the make and number of ball she was playing. One lady in the group replied “I have a hard enough time trying to keep track of my own ball without having to look out for yours too!!”.

It took some time for our 2000 C-FAX Senior Champion to find her way to B.C., but now that we have her, we look forward to many years of Championship style golf. In her first year of eligibility, Alison was ranked 1st in the District; 2nd in the Province and 8th in Canada. As an amateur she ranked 2nd in the District and 6th at the Provincials in 2000….now that’s great golf! And her career has continued to develop, as may be seen below.

Alison started playing golf at the age of 8 at Larrimac Golf Club, a 9-hole course in the hills just outside her home town of Ottawa and where she collected most of the Club’s hardware between the years l967 to 1989. Many junior trophies came her way for under 12 and under 14 girls and in 1967, Alison became the Quebec Junior Girls’ Champion.

In 1989, Alison joined the Royal Ottawa Golf Club and was Club Champion that same year and kept the string going through 1998. Along the way, a course record of 69 was recorded in 1990.

In 1997 and 1998, Alison won a place on the Quebec team for the Ontario-Quebec Challange Matches (Ryder Cup format) and came sixth in the Quebec Ladies Amateur Championship in 1997.

In 1998, Alison moved to Vancouver and took up active membership at the Victoria Golf Club, traveling to Victoria most weekends to visit her Father and slip in a round or two to keep that wonderful game fine tuned. Upon retirement, Alison is now a permanent resident of Victoria.

Following are just a few of Alison’s golfing accomplishments:

Has represented Zone 5 as a Team member at the Provincials (Amateur/Senior) from 2000 to 2009.

It all started in 1965 when Diane traveled from her hometown of Kamloops to Vancouver with Marilyn Palmer (now O’Connor and 1999 Hall of Famer) who was participating in the B.C. Ladies Tournament. With only two years experience, Diane played at Shaughnessy and came second in the Junior Tournament which qualified her for the B.C. Junior Team, then on to the Canadian Junior that same year, and won low gross in her handicap division.

The following year Diane moved to Victoria, deciding to go to University and then into Nursing School which put her golfing career on hold until the 12 hour shifts came into being in 1979. That year, Diane was runner up at the City & District to Dorothy DeGirolamo (Wilks).

In her first year of eligibility, Diane won the 1999 C-FAX Ladies Senior Championship and went on to become the 1999 B.C. Senior Champion and a member of the B.C. Team. That same year, the City of Victoria nominated Diane for Athlete of the Year in the Masters Category. In 2000, Diane and her District 1 teammate, Alison Murdoch, were 50% of the B.C. Team that competed at the Canadian Seniors in P.E.I.

With all her trophies to polish and Nursing duties, you would think Diane had time only for golf, but her other hobbies include bridge (don’t we all), knitting, sewing and cross stitch.

While most youngsters are twirling a golf club at age 12, Margaret waited until she was 18 when her boyfriend who was a good golfer, introduced her to the game. With a natural swing and love of competition, Margaret swung into action, winning her first City Championship in 1939, and followed with another ten engravings on the trophy. Only the Second World War and time out to raise three boys interrupted her wonderful career. And what a career!

In 1972, Margaret was made a life member of Victoria Golf Club, followed in 1974 with election to the B.C. Sports Hall of Fame, in December 1996 received the CLGA’s Distinguished Service Award, and in 1997, elected to the Victoria Sports Hall of Fame. The ultimate crown was in 1997 when Margaret was inducted into The Canadian Golf Hall of Fame at Glen Abbey in Toronto, not only for her golfing achievements, but also for her extensive administrative work through the years at all levels of our sport. Her induction was followed with a lovely reception at her home club for local fans and friends to celebrate Margaret’s accomplishments.

While trophies and plaques adorn the Todd household, a reminder of 60 years of wonderful memories and friendships made around the world, Margaret is still involved with local golfing events. Even though Margaret was born in Montreal and arrived in Victoria at the age of 10, we claim her as our own. Many had the opportunity to have witnessed “local girl makes good”, but also how fortunate we have been to reap the benefits of Margaret’s administrative prowess through the club, city, district, provincial and national ranks.

A major jewel in our District’s crown…long may she reign.

It all began at age 14 when Dorothy and her brother, and childhood pal, Shirley Naysmith, used to climb over the fence along the 11th fairway at Gorge Vale Golf Club. When the Manager tired of chasing them off, he suggested to their parents that they should invest in a Junior Membership, and now our story begins.

While cutting back on competitive events, Dorothy now has time to enjoy watching the progress of her granddaughter, Kristin DeGirolamo, a promising young junior at Gorge Vale, who takes us back 50 years when a little red head climbed over the fence on the 11th fairway on her way to an outstanding career in the world of Canadian golf.

Joan Lawson is a native daughter of Victoria and took up golf at the age of 15 with her sister, Dorothy, at Uplands Golf Club.

The first tournament Joan won was the Empress Midwinter Tournament in 1938 and again in 1940 and was runner up in 1942.

Joan has been the Victoria City & District Champion three times and Runner-Up four times. She was a member of the British Columbia Amateur Team in 1959 when the team won the Low Net Canadian Team Championship.